Yeah, so I’ve been slacking in the football department lately. The past few weeks have been slightly eventful and I sure as heck wasn’t talking about the Super Bowl. National Signing Day, Pat Haden’s announced retirement, even the NFL combine were each more individually interesting than that six turnover AFL-NFL championship game. Maybe it’s because I’m bitter that the Seahawks didn’t make it three straight appearances to the “Big Game” (which, incidentally, makes me think of Cal vs. Stanford more than anything). Okay, that’s really just my opinion. Either way, you get a USC football info dump.

We’ll go one by one on each topic. I’ll make it brief because who has the attention span for long posts? I sure don’t!

A highly ranked recruiting class to be sure. It’s a slight dip from what we’re used to, but hey, given the circumstances, I’ll take it.

They got some people for positions of need and tied for highest star ranking on Scout.com (not that stars are that accruate of predictors of sucess).

We got Jack Jones!!! Now we won’t even need to pipe music through the speakers during practice. 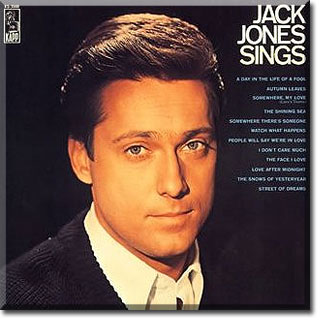 He may have aged a bit…

It’s been quite a ride for Pat Haden since he entered as the athletic directory in 2010. He had been a trustee of the university basically from when I was born until stepping down to take the AD role. Since then the football team has been:

If you looked purely at records, you might believe they languished a bit under Haden’s watch, but in reality, it was something worse: wasted potential. In virtually every game, the Trojans had a shot (or more) of beating their opponent. Sometimes they would follow through and win. Other times they would fall comically short.Haden can’t and shouldn’t take all the blame for it.

He’s made a lot of decisions that left people scratching their heads. Some have left people outraged.

None of them were made within a vacuum. He answers to the president, board of trustees, the Pac-12 conference, and, yes, even the NCAA. No, I’m not being an apologist. I’m just saying not to be unduly harsh on him. We are looking at all of this in hindsight and without pressure. Yes, he’s made bad decisions, but those shouldn’t completely define him. It would take some combination of naivety or patent dishonesty to make his decisions out to be so single-faceted.

His administration should be remembered for exactly what it is: a mixed legacy.

I’ll talk about it after the USC Pro Day so I can lump it all together. Try not to feel too cheated.

THH. The Helton Hire. Or maybe I meant Taper Hall of Humanities. Hopefully you weren’t sitting there when the hiring was announced. At 7:30am on a Monday morning, most of us probably weren’t expecting this. I wasn’t even awake yet. Meanwhile, the trigger was pulled about 0.1mi away from THH at Heritage Hall.

Haden hired Helton as the permanent head coach of USC Football. Okay. I don’t necessarily disagree with Clay Helton as head coach, but what’s with the timing?

For Pat Haden and everyone else’s sake, I really hope a thorough and exhaustive search was actually conducted. After the last hire, a bitter taste was left in everybody’s mouth. The announcement of Sark received an underwhelming response and it turned out much worse than everyone had imagined. We saw an end that nobody wanted. Perhaps Haden felt like he was forced into this Helton hire by circumstance. After four different head coaches in the past four years and the first two midseason football head coach firings in USC history, the team could not experience stability. Whoever they would’ve hired is probably a bigger risk for failing than Helton. They may also have a bigger upside, but if you’re evaluating purely for risk, then you’d probably choose Helton. And if you choose Helton, better sooner rather than later because recruiting periods start now.

If they weren’t settled on Helton yet and went ahead with it to save the recruiting class, then that’s just ridiculous. You’re tying yourself to a man for five years over one class. Hopefully this didn’t play into the decision-making. Regardless, the timing may hurt more than it helps…

As Helton himself said, he’s got the “Trees” to prepare for in about 5 days. The Pac-12 title game is a huge deal because of the implications. If they win, it’s taking down a top 10 opponent and a Rose Bowl berth. Lose and you’ve now got 5 losses and some low tier bowl game. His team could even finish 8-6…

We all want him to win, but do the extra distractions really help? The contract negotiations, meetings, press conferences, and questions have taken away valuable time for game planning. Then there’s the players. They were all motivated to play well to help Helton get the job. Will the emotional high of succeeding detract from their goal? Will they play with the same chip to get the job done in the rematch against Stanford? All things we’ll just have find out now that the deed is done.

All the fans, alumni, former players and rival fans can argue and and call each other losers, whiners, spoiled or whatever the heck they are tossing around at the moment, but the fact of the matter is that Helton is the guy for the next 3 years at the bare minimum—barring some huge scandal. And I doubt very many scandals will happen under his watch. That’s one of the things I like about him. However, that’s part of why I don’t know how to feel about this hire.

It’s so hard to evaluate what he can do based off his previous work. He’s never been a head coach prior to being interim and his offensive coordinator position the past few years have been obscured by Kiffin and Sarkisian. There’s really only his Memphis OC days to fall back on. However, he’s likely grown and changed from that point after serving under three different head coaches. Things to consider are:

I don’t take particular issue with Helton being hired as head coach as long as due diligence was done during the hiring process. The problem is, I don’t really believe that they went through the whole process. If someone can concretely prove me wrong, I’d welcome it. But because we’re stuck with it, I’ll focus on the positives:

The first and probably most obvious is that he can start recruiting in full force and confidence. He won’t have to face the awkward question of, “Thanks for the offer, but who’s going to be the coach?”

As mentioned previously, he offers stability. However, this is not just in terms of avoiding turnover, but also emotionally. Even critical errors by players have not resulted in him exploding in an out of control fashion. He seems to be a high character guy who will actually mentor these student-athletes.

With that being said, it’s doubtful that players will declare for the NFL draft in anger or frustration like they did back at the end of the 2013 season. This will mean more continuity for the team in 2016.

If USC makes a decent bowl (like the Rose Bowl), there will be plenty of practices for Helton to start grooming the expected starters for next year (like Max Browne). He can mold these players more into the style he wants. A coaching change would mean that this could’ve been a wasted effort.

He’s also shown that he can adjust the gameplan at halftime. This will be crucial going into the bowl game. Opponents will have weeks to prepare and a season’s worth of a film to study. A coach that cannot utilize that will be at a severe disadvantage. Helton will be able to start making major tweaks to the playbook that he couldn’t have done during the season. This can give him a jumpstart on retooling the playbook for next season, which he will definitely need. Things won’t start slow in 2016; USC opens with Alabama in Arlington, Texas.

I hope Helton does well—I really do, but I don’t know if I agree with the choice. I may not figure that out before he answers the above questions with results. I just know for sure I don’t agree with the timing.

Stupid “Clay Clay” puns are going to be the norm…chow. GOSH DAMN, I DID IT MYSELF.

Misleading Stat: Helton could have been some sort of champion for about half the games he’s been head coach. (Las Vegas Bowl, Pac-12 South, Pac-12 Title, Rose Bowl)

As I’ve referenced in a past post we’ve hit a sad stage in the offseason. But now, not only is football over, even the NBA season is finishing up. The dark days ahead can only be pacified by one thing: wild, wild debate. I’ve already talked about the possibility of a new jersey. Let’s take that a little further.

Gather here, one and all, to take part in this coarse ritual. The theme for this trifling affair is the iconic USC uniform—a source of constant debate.

“Stick with tradition and change nothing. Don’t follow the Oregon fad,” some will say.

Others might drop in with, “We need to change it up. Only wrinkly old people want to keep it the same. Let the kids get what they want.”

The whisperings from the west spoke of helmet changes once before. Hark! The harbringers of darkness—thy Trojan gladiators shall attack donning the garbs of twilight. Foretold were warriors with crowns black as the witching hour, exacting their fury upon the Pacific Dozen.

Thou hast been deceived! The overseer of sport, Patrick Haden taunted us in his prancing pagan dance von Harlem. ‘Twas but a ruse.

Seriously though. Should there be change? And if so, how much? (Sorry to phrase it like a question on an AP test). Remember the whole black sock fiasco? When Lane Kiffin first became head coach at USC, there was some controversy over Ronald Johnson’s black socks. That might’ve been a bit too particular and picky. Maybe if Ronald Johnson had left the locker room wearing Ronald McDonald cleats, it will have gone too far. 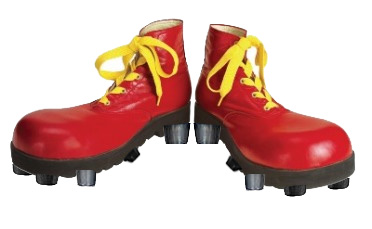 Only the stuff of bruin dreams

After Pete Carroll changed from stripes back to chevrons in the early 2000s, the uniforms did not budge for a decade. Come 2012, with all the preseason hype, USC saw the introduction of cardinal and gold gloves and cleats.

Chrome helmets followed about two years later, which seemed fairly well-received. I can’t say for sure though, since I didn’t even bother to conduct a straw poll. The good thing is that they weren’t used every game. In a case like that, it would seem everybody wins. The recruits, players and fans get something new; it doesn’t stray too far from what Trojan fans are accustomed to; and the number of jimmies rustled was low.

Back to the debate…since I can’t help but inject my opinion everywhere, I’ll tell you mine. They should be able to tweak a little bit here and there. Maybe trot out one alternate for a single game every few seasons. Nothing too crazy. Some 17-23 year old that will be around for 1-5 years shouldn’t get to drastically alter the tradition of a 126 year old program. That’s not to say they shouldn’t get input.