For the first time since October 2015, the USC coaching staff is no longer in flux. Since that nasty October day the Trojans have terminated Steve Sarkisian, Justin Wilcox, Keith Heyward, Chris Wilson, and Bob Connelly. They also lost Peter Sirmon to Mississippi State and Marques Tuiasosopo to UCLA. Now, after three months, the staff has officially been finalized.

Behold! Your 2016 USC coaching staff…unless someone gets poached a week later:

Not a terrible group, but quite a few unproven people. Tee Martin, Ronnie Bradford, and Kenechi Udeze may turn out to be absolutely great at their jobs, but, much like Helton, they don’t have enough of a record to give a fair evaluation. With four out of ten of the coaches looking to make a name for themselves and some more on the fringe, the best you can really be is cautiously optimistic. However, once you place that in context of the 2016 season opener against the defending national champion, Alabama, it’s hard to stay that way. 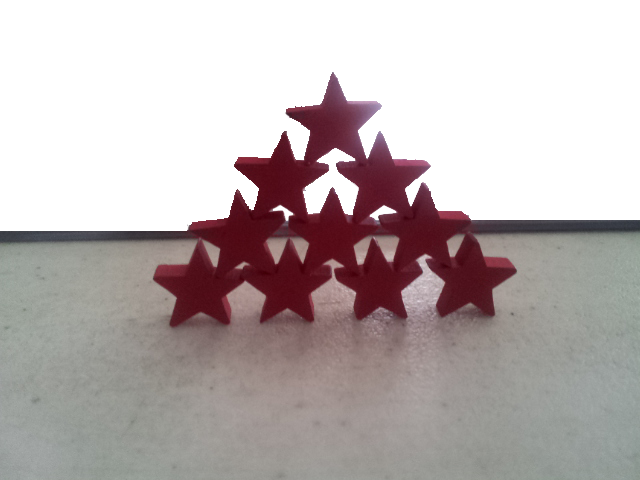 Pretty much describes the coaching situation. One piece moves out of place and this could all fall apart.

Meanwhile, Alabama hasn’t had nearly as much turnover. They’ve had stability that produced four national titles in seven season and 10+ wins for the past eight seasons. They also feature two former Trojan coaches.

Everybody remembers Lane Kiffin, but what about Bo Davis? Davis was the one that was a USC defensive line coach for all of one week before being hired away to Alabama. I bet HR was pretty mad about dealing with his paperwork. He remains at the same position in Tuscaloosa alongside Kiffin. It’ll be a fun game against those two…

Let’s hope that the playcalling won’t be sponsored by this Yogurtland flavor: 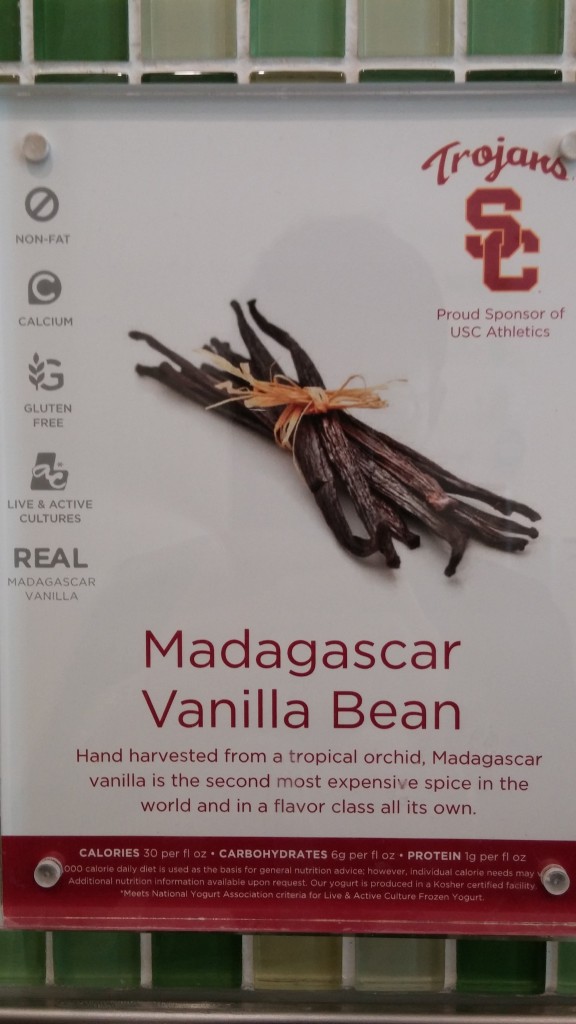 Confession: I actually like vanilla in my yogurt. Not so much in my team’s playcalling.

Apparently, Ronnie Bradford is a huge supporter of the blog! HAH.

On that Chariot in the City of Angles looking for them Warriors! #LALockdown pic.twitter.com/oHLZLyjYaP

Rep that City of Angles, man! This guy already has my support.

To no one’s surprise, Star Wars Episode VII: The Force Awakens has awoken much discussion regarding original trilogy and prequels. Of course, putting it all under a microscope brought back some nagging issues.

We’re only going to focus on one such issue from Star Wars Episode IV: A New Hope.

You might remember the scene near the beginning. R2-D2 convinces C-3PO to climb into the escape pod with it, setting off a sequence of events spanning all the way through Episode VII.

The Rebellion would’ve been short-lived had the droids not made it onto the surface of Tatooine. As some have aptly pointed out, if the Imperial Empire had just decided to fire on the escape pod, the movie series could’ve ended quite anti-climatically right then and there. I mean, were they trying to save bullets or something? They use lasers, dawg. Just fire the damn thing.This was a plothole for sure! Plot armor to the highest degree. A convenient story-telling gloss over. A nasty trope.

Nay, I tell ya. An answer so simple robs the essence of an entire argument. Those of such an ilk ought not to sully the reputation of their forefathers by mere mention of a notion given with nary a thought. I beseech you to search harder for the truth. Verily, I declare the answer is but one thing:

When some cops have to fill out paperwork just for unholstering their gun, a large organization like the Imperial Empire would necessitate something like that in a report. How else would they keep strict control over a government spanning hundreds of planets across a galaxy?

Nothing can stop the wheels of bureaucracy from turning.

When you, TK-421, and your homie TK-420blazeit want to chill out after work and some…stuff, do you really want to spend an extra second filling out some forms? The officer on deck made the bro move and saved everyone from all that extra crap. Did we see him getting choked out? Nope. Things worked out for them. Good going officer joe shmoe.

Leonardo DiCaprio, again, finds himself hanging onto a piece of wood to survive the waters—only this time, Kate Winslet isn’t there to hog his spot. DiCaprio takes on the role of Hugh Glass, tackling the wilderness in Castaway: American Frontier Edition.

Enough with the jokes. The Revenant brings quality cinematography to the table. In a sense, it was like poetry as moving pictures. At the very least, it was much better poetry than that junk I put out on the previous movie review CommBro Breaker. But really, it was beautifully shot.

The captivating story portrays how quickly man can fall to a primal state and how relatable that is across cultures. That, however, means that they bring a level of brutality and butchery that may unsettle some viewers. Personally, I didn’t find it to be excessive or gratuitious by any stretch. Each person should decide on their own whether they’d be able/willing to stomach that. I think it would be worth it to experience this film.

Maybe this was actually an alternate ending to Inception. Cobb (DiCaprio) and Eames (Hardy) are just hanging out in a frozen hell after dropping into limbo. They’ll probably wake up at some point.

First off, I gotta be honest. I haven’t watched any previous Rocky movie from beginning to end. Now that we got that out of the way…

Nothing about Creed’s plot is particularly superb. It’s actually quite predictable. That doesn’t mean it’s a bad movie though. Creed has that great underdog story that America can’t seem to get enough of.

The film features top notch acting, including great performances from Michael B. Jordan and Sylvester Stallone. Jordan actually put on a pound or two—or 24, reportedly—to take the role of Adonis.

Everything seemed plausible (except maybe for the number of hits they took), but I don’t claim to be an expert in physiology nor a student of the boxing game. At most, I have a novice to basic understanding of the sport of boxing. Despite that, I found the movie to be compelling enough for me to sit through its 2+ hour length.

Sadly, I’m not feeling up to snuff on the jokes right now. So here’s a really bad poem for you guys:

I’ll show myself out.

In the Trojans’ longest game of the season, USC fell to Wisconsin in a struggle of a match. The Badgers experienced their first win against a Trojan team after seven tries, spanning over 60 years. It’s funny how a team USC was undefeated against ends the Trojans’ 13-game winning streak against Big Ten teams. USC continues to set a lot of unfortunate firsts in this decade. Like the final 8-6 record—which looks really bad.

Most teams have not ever gotten an 8-6 record because having a 14-game season is already uncommon. Wisconsin joined the uncommon crowd back in 2012 when they went to a Rose Bowl with an 8-5 record. They eventually lost to Stanford, ending their season 8-6.

There’s not a whole lot I want to say about this game, so I’ll get it over with quickly.

I refrained from commenting on the light practice schedule heading into the bowl game, but now with the benefit of hindsight reinforcing my opinion, I can say that was probably a major mistake. Wisconsin’s team is physically tough and boasts one of the best defenses that USC has faced this season.

Instead of showing up, USC continued to showcase that everything wrong with the Trojans in 2015. It’s sad that the same issues from the first few games were still alive and well in the 14th game of the season. Stupid penalties from lack of discipline, an absurd number of tackles for loss allowed, wasted timeouts, and plain incomprehensible decision-making.

Wisconsin did better in most statistical categories, including time of possession. For a USC team that’s supposed to be tough, physical, and focus on the power run, failing at an almost 2:1 ratio is beyond disappointing.

Then there’s the tackles for a loss. Redshirt sopohomore linebacker, Jack Cichy, picked up three sacks in a row—bolstered by a 5-yard penalty—to bring up a 4th-and-38. At least it wasn’t 4th-and-40. By the way, Cichy only had 2 sacks his entire career. That helped them total an astounding 9 tackles for a loss against USC.

Meanwhile, USC failed to sack any Wisconsin QB. Not even the backup QB after Joel Stave got cleated in the face. Speaking of Stave, he was mediocre to subpar for most of his games. Throughout his career, he tended to throw about as many interceptions as touchdowns. The game against USC turned out to be arguably his best performances against a Power 5 team this season.

The penalty problem didn’t go away either. None being worse than that last one. I don’t really like calling individual players out, but come on Don Hill. That was a dumb penalty at the end that played a large factor in costing the team the game. It wasn’t some kind of subjective call or a failing to make a tough play. It was just hot-headness, ego or whatever that led to a stupid personal foul penalty. It was completely unnecessary and avoidable.

Through it all, USC still had a chance down the stretch. The offense had possession with 2:27 remaining. The ball is in your hands with 2 minutes left and only down by 2. This is where legends are made! Oh, interception? That’s cool too, I guess.

Ah, but destiny grants you another chance! Throw to an 8-yard out route on 4th-and-10 with 7 seconds left? Hi, this is fate calling. I’m giving up on you. Bye. Seriously though, that was excrutiating to watch.

After a preseason #8 ranking, the Trojans will fall to unranked after the bowl season ends.

Wisconsin’s scoring defense led the nation in allowing only 13.1 points per game. USC scored 21—above average!

Misleading Stat of the Week: USC is undefeated against team names that start with the vowels A, E, I , and U. Their only vowel loss was to Oregon.

Real Stats: If you want to play apologist, the combined number of losses of USC’s opponents in 2015 is the fewest in a decade. You’d have to reach back a decade to 2005, when USC played six ranked teams with a combined record of 88-65. The combined record for 2015 is 116-67 and they faced five ranked teams. Only two of those teams were not bowl eligible. No matter how you cut it, it was a difficult season even before coaching changes and sanction effects