I was basically hiding for the past few months, but I couldn’t keep myself away now that football season has started. However, things will be in a new abridged format seeing as how I am experiencing a severe time deficit induced by graduate school.

Or maybe the real reason is because I’m having an identity crisis. My new degree is Public Administration, so can I even go by CommBro anymore? Public Admin doesn’t lend itself well to cool puns though. PUADbro? PAbro? Okay, that just sounds like a racial caricature of someone trying to pronounce Pablo. On to the real stuff.

As you can imagine, it was hot as hell so maybe this wasn’t the best game to be in the student section. I miss my old seats in the shade already. I’ve noticed that some traditions have died off since I finished undergrad. It was reassuring to see the section still packed out in the fourth quarter despite the triple digit temperatures—AND  subpar product on the field.

The last home opener loss was a 7-14 defeat at the hands of #5 Florida State back in 1997. That John Robinson’s final season before getting unceremoniously fired. While head coach Clay Helton probably wouldn’t be at risk even if he lost this game, it’s usually bad to come close to breaking a 20 year streak. I really need to speed this up because I have to do homework.

GOOD: No major injuries. Without byes, this is vital.

BAD: Darnold with the 0-2 TD-INT ratio. He underthrew and threw too many risky passes. Both interpcetions were from tips. Perhaps the new release on his throw is affecting his performance?

BAD: While Darnold clearly didn’t do that well personally, high snaps from Nico Falah certainly didn’t help. One resulted in a fumble that was barely recovered.

BAD: You know what else didn’t help? Key third down drops from a lot of receivers.

GOOD: The exception was Deontay, showing that the Rose Bowl performance was no fluke. He has worked hard amongst all the highly ranked wide receivers and has shown that he is the most complete and consistent WR.

GOOD: For a while there, it seemed like the MVPs were the kickers. Chase McGrath, other than one kick out-of-bounds,—which was really close to being a touchback—he had a good, deep kick that launched it out of the end zone. He was also perfect on PATs. I blame the coverage team for the kickoff return for TD. Reid Budrovich punted well without qualification in his debut.

BAD: Defense struggled in tackling, allowing the Bronco running back to break a bunch of arm tackles. Getting Cam Smith back improved the defense, but they were mediocre. The offense did put them in a bad spot though.

BAD: Too many penalties. 9 for 94 yards?! That’s not even counting the yards from offsetting penalties and the kick out-of-bounds. Unsportsmanlike penalties have no place in a team. Also, key penalties revived dying drives, allowing Western Michgan to score.

GOOD: Ronald Jones II was the player on the game. He was back in form, dreads and all. He put up Heisman numbers all while breaking tackles and making large runs. His 8.8 average yards per carry and three touchdowns carried the sickly offense.

GOOD: True freshman Stephen Carr showed that he could excel at the college level, capping off his day with a 52-yard scoring run. On the other side of the ball, Marvell Tell, decided to answer Carr’s score with a pick six, showing Carr that he wasn’t the only #7 in town.

GOOD: JAKE OLSON GOT TO SNAP THE BALL. There are also sweet pics of his dog. :3

Jake Olson's guide dog, Quebec, got in on the postgame celebration! #FightOn pic.twitter.com/aDgAt2ND2w

Apparently both teams thought they were only allowed one touchdown per quarter until someone told them otherwise in the fourth quarter.

Western Michigan may have went 13-1 last year, but they had a relaxed MAC schedule. I highly doubt that they are even Pac-12 caliber and warranted such a hard fought victory. 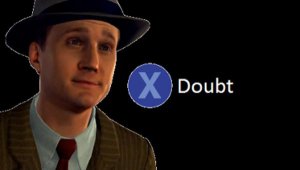 The Trojans should have them out and rested their starters. Recall that there are no bye weeks for this team. Meanwhile, perennial contender, Stanford, is coming off a bye week.