A short week, road game, and piling injuries spell disaster against a ranked opponent on a week night. There’s no relief in sight as the 12 game slog continues. The 13 game winning streak lies broken in Pullman in what many predicted as the trap game of the season. Sam Darnold played what could possibly be his worst game a as a starter. We all knew it was gonna happen eventually and now it has. The feature image is a representation of the season! That’s how you can look at it.

You can also look at it as a decent spot to lose. A lot of this can be explained away by the selection committee for the same exact reasons: short week, road game, ranked opponent, piling injuries, no bye week—provided the team can win out and be in the conversation at that point. Perhaps the loss will relieve a lot of the pressure that’s been affecting the team. As long as the team regroups and plays better on offense, the ceiling for the season can still be high.

GOOD: Great interception by one of the best defensive players. Uchenna Nwosu decided to play hot potato with an offensive lineman…until he realized he wanted fries with that. 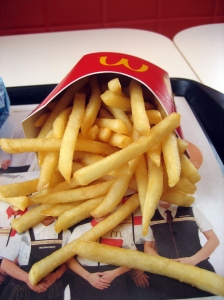 BAD: What the—Nwosu gives you the ball at the 3 and you repay him with only 3 points? The next scoring drive is more of the same crap. Drive starts at the 27…3 points.

BAD: That was the first time in my life that I’ve seen a delay of game penalty on the defense. Of course it’s Pac-12 officials that call it.

BAD: Offensive pass interference on the Trojans at the beginning of the second half. They showed the replay a few times and I didn’t see anything blatant enough to call. I don’t have time to rewatch games anymore, so I can’t say anything for sure. At this very moment, I should be working on two papers that I have to turn in the coming week, but here I am writing this anyway. Anyway, this penalty basically killed the drive.

GOOD: Darnold showing he can still run it.

BAD: The Darnold magic ran out. He must’ve used it all just to get the game tied up.

GOOD: Getting play calls for read options and a QB sneak.

BAD: Defense allowed too many big plays. Run defense continues to be a sore spot.

BAD: Too many injuries

At least Washington State is still one of the Pac-12 schools that need a Costco size pallet of wins to even out the series. The series record is 59-10-4. Only USC’s next opponent is worse, with a series record of 61-11-4. Beat the Beavers.

Ronald Jones looks to have decent stats. 128 yards on 14 carries, averaging over 9.1 yards per rush. But 70% of that came from a single big run.Take that out and you have 42 yards on 13 carries…an average of 3.2. Doesn’t look so good anymore. No hate or anything. He did well considering he returned from injury. My point is that if the team can’t run and it certainly can’t pass, what can it do? As we saw, the defense can’t carry you through every game. Barely getting 320 yards of total offense does not look good at all. A single player can often have a stat line like that.

Running count of fourth down conversions: 1 of 6
FINALLY, a conversion. On a 4th-and-13, no less. Still kind of a shaky throw by Darnold, but a heroic catch by Tyler Vaughns to keep the Trojans in the game.

Running count of opponent fourth down conversions: 7 of 11